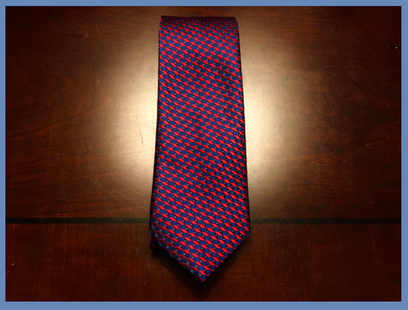 Last year, before Covid-19 turned the world upside down, I took the kids to my college reunion. That’s when I realized I learned nothing about fatherhood in college. No exam on how to fend off my babies’ midnight fevers. No class on how to properly install a car seat. Who knew goodie bags are so stressful? And I for one could've really used an entire semester on changing blow-out disaster diapers in awful, cramped, questionably hygienic public restrooms. As a young man, I never thought much about having children or being a father.

I’m not suggesting that parenting classes should be mandated in school. But I do have a modest proposal:

We Americans have been celebrating Father’s Day for well over a century. And always on this day – the third Sunday of June. The timing of Father’s Day is not by design, but is rather the result of random chance.

Father’s Day has its origins in Washington State, where in 1910 the “mother of Father’s Day,” Sonora Smart Dodd, advocated for a day to honor all fathers on June 5th, which was her own father’s birthday. But planning took some time and word didn’t get out for several weeks. In that inaugural year, Father’s Day eventually landed on the third Sunday of June instead. And that day stuck. President Richard Nixon officially signed it into law in 1972, finally making Father’s Day a national holiday – more than 50 years after Mother’s Day became a national holiday.

When it comes to holidays, if Mother’s Day is a 10, then Father’s Day is maybe a 6½.  Moms, you absolutely deserve it. Beginning in elementary school, children enjoy hosts of planned activities to celebrate motherhood. Tea parties, finger paintings, framed self-portraits, cute (and grammatically tenuous) paragraphs professing love for Mommy. And let’s not forget the lanyards. Oh, the lanyards. It’s wonderfully sweet and endearing, and as a parent, I look forward to it every May.

And then there’s Father’s Day – just a few weeks later in mid or late June, when most schools are either on summer vacation or frantically preparing for academic hibernation. No structured activities, no planned celebrations of Dad and fatherhood. No cute paragraphs. No lanyards.

Father’s Day is also overshadowed by the end of graduation season. (“Congrats Dads and Grads” is such a convenient, catchy rhyme.) Our little annual sidebar holiday cannot, and really should not, compete with a young person’s once-in-a-lifetime milestone achievement.

Perhaps this early under-emphasis of Father’s Day has a long-term snowball effect: An annually compounding disinterest in male parenting? Highlighting fatherhood at an impressionable age could help encourage boys and young men – like me decades ago – to consider more deeply their own potential futures as fathers or father figures. And to appreciate more fully the fathers or male role models they have in their own lives.

So let’s move Father’s Day to, say… late April. That’d be after March Madness, following Spring Break, post-tax season, and practically Mother’s Day adjacent. And importantly, while schools are still in session, when our dedicated teacher-heroes could hopefully help lead the way in celebrating what fatherhood means. Let’s write our members of Congress and make that hashtag. It may take a few years, or even a few decades. But so did Father’s Day.